The Imaginary World of the Young C. S. Lewis

Boxen is a fictional world that C. S. Lewis and his brother W. H. Lewis created as children. The world of Boxen was created when Jack’s stories about Animal-Land and Warnie’s stories about India were brought together. During a time when influenza was ravaging many families, the Lewis brothers were forced to stay indoors and entertain themselves by reading. They read whatever books they could find, both those written for children and adults. Influenced by Beatrix Potter’s animals, C.S. Lewis wrote about Animal-Land, complete with details about its economics, politics/government, and history, as well as illustrations of buildings and characters. The stories were published posthumously as Boxen: The Imaginary World of the Young C. S. Lewis, edited by Walter Hooper. Two settings of the work currently exist. 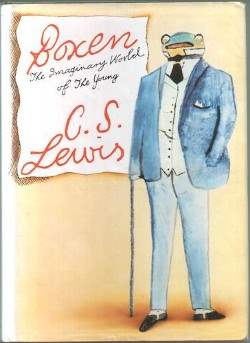 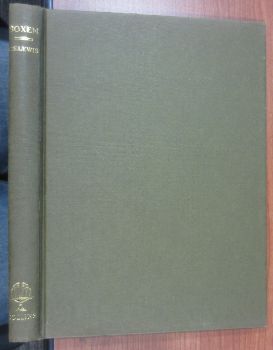 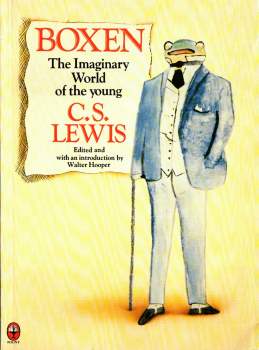 Edited by Walter Hooper
White (yellow?) hardback with burgundy overlife with gold title/author on spine
Jacket by Paul Gamerello of Eyetooth Design: Black title with red “B” in black box over Lewis drawing of Mr. Frog over black subtitle over red editor all on buff field on read marble cover.
ISBN: 0-15-113630-0 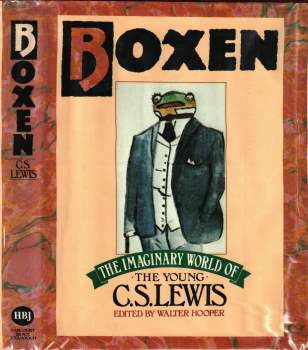 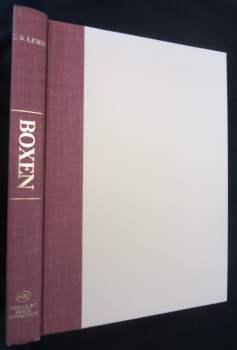 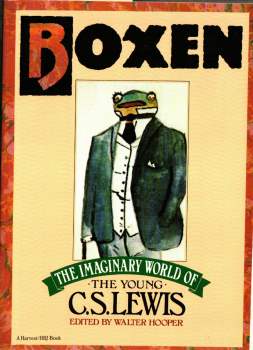 HarperCollinsPublishers (2008)
Printing: UK edition printed in China and US edition in US

Printing History:
At least two printings (UK and US) 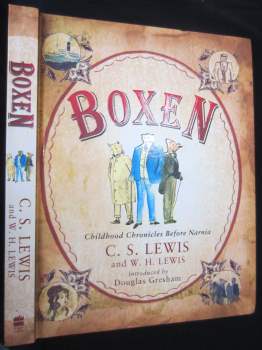 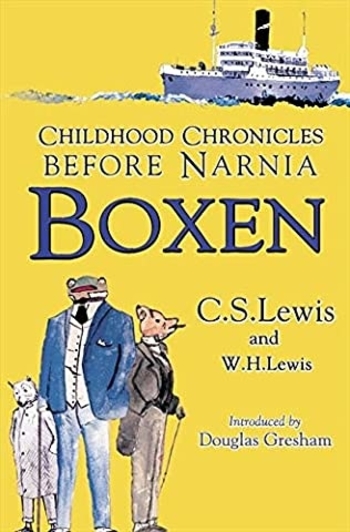